The International Maritime Organization has adopted the landmark “Polar Code”, the first mandatory blanket legislation for the improved safety of ships operating in the world’s polar regions. The new Code specifically addresses potential hazards unique to arctic and antarctic environments, such as ice, remoteness and rapidly changing and severe weather conditions.

But what exactly does the new Polar Code mean for ship safety? This infographic explains it: 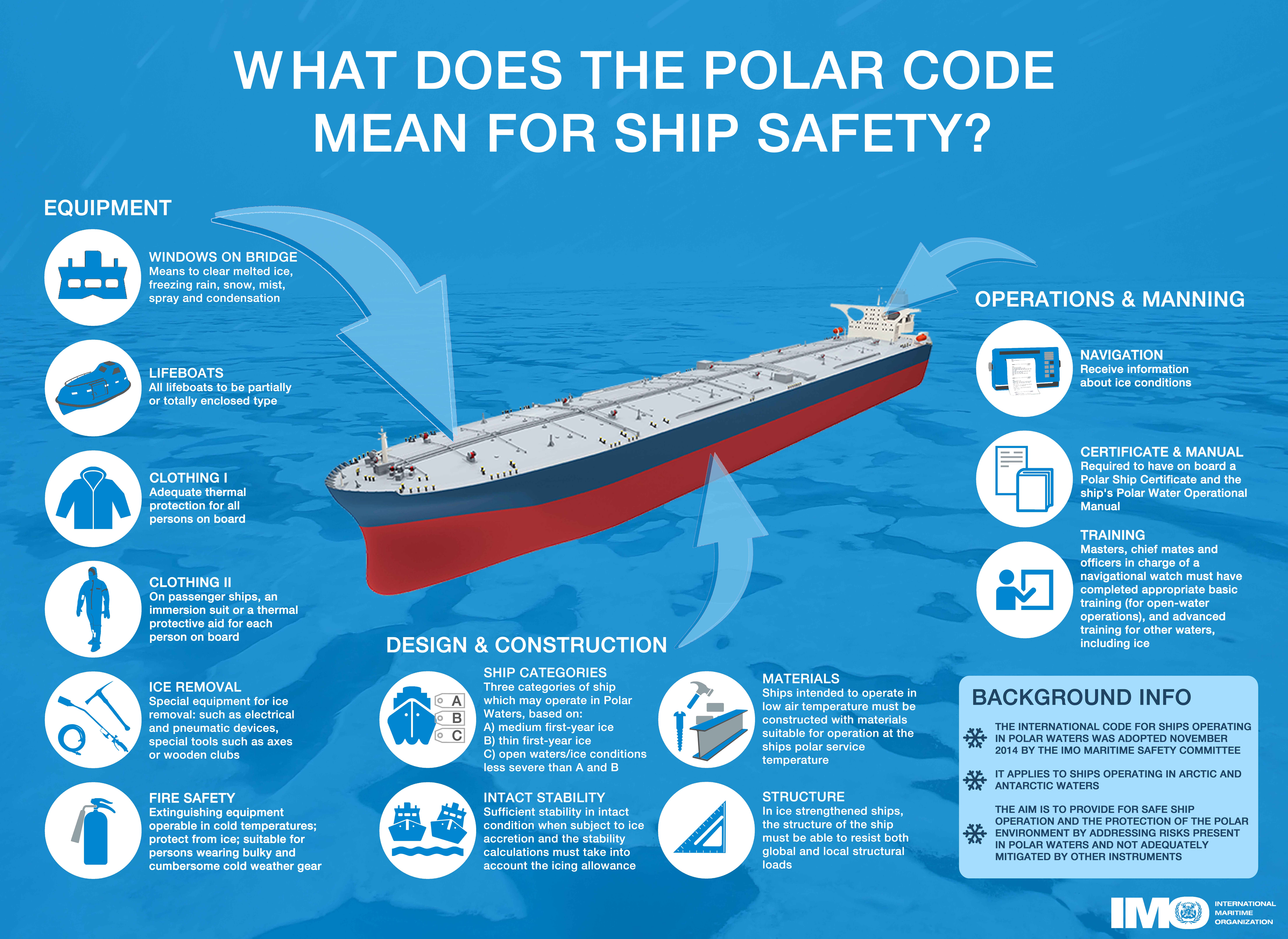 The Polar Code will be mandatory under both SOLAS and the International Convention for the Prevention of Pollution from Ships (MARPOL).

You can read more about the Polar Code here.