The 14 days expedition took place between the 18th of May and the 2nd of June along the Mid-Atlantic Ridge in the Azores region, aboard the Royal Netherlands Institute for Sea Research’s Pelagia Research Ship, offered free of charge by EUROFLEETS+ . The main objectives of the mission were to map the seabed along the Ridge, characterize its fish, coral and sponge communities, and also, identify new areas that fit the definition of Vulnerable Marine Ecosystems and determine their environmental status. 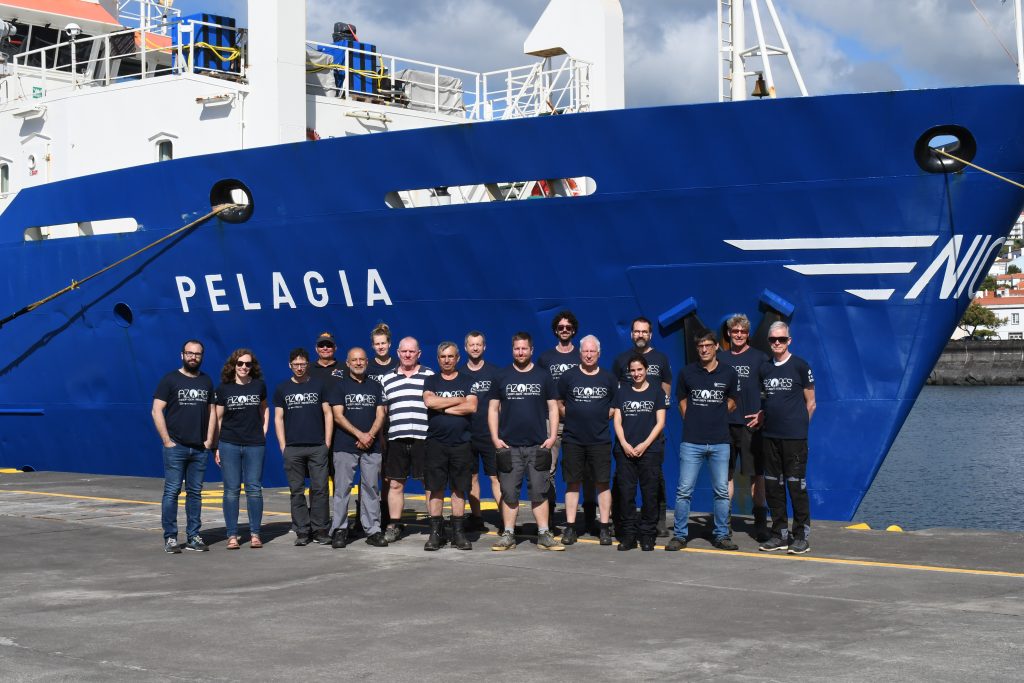 Figure 1: Research Vessel Pelagia from the Royal Netherlands Institute of Sea Research (NIOZ) in Horta Harbour at the end of the cruise, with all the crew involved. RV Pelagia is 66-m long oceanographic vessel capable of operating in all seas and oceans except in Polar regions. Credits: Carlos Dominguez-Carrió/OKEANOS-UAç

The mission was carried-out with great success and demonstrated that the Mid-Atlantic Ridge supports more life and diversity than previous studies indicated. Although the data has not yet been analyzed, this mission revealed some surprising discoveries.

The bathymetric surveys revealed several locations in the northern part of the Azores EEZ that are much shallower than previously thought. One of these areas is at depths likely to be fished, less than 600 meters, but, as it is unknown, it remains intact. These areas are fundamental for understanding what ecosystems would look like before they are impacted by fishing and may be considered priority areas for conservation.

The most significant among them was the discovery of the largest aggregation of black corals (or black coral gardens) ever seen in the Azores and perhaps even across the Atlantic. These corals can live thousands of years. “We have discovered areas that, because of the longevity of the corals, can be compared to the redwood forests that exist in the United States”, revealed Telmo Morato, researcher at the Okeanos Institute, University of the Azores, Principal Investigator of the expedition.

Additionally, in the northern region of the ridge, several areas with coral reefs with an important role as carbon reservoirs and in mitigating climate change, were discovered. It was also found zones of aggregation of Orange roughy and Black cardinal fish which confirm that the prohibition of trawling within the Azores EEZ has had positive effects for these species and the habitats they are associated with.

In addition, in one of the areas visited, traces of hydrothermal vents, not yet known, may have been detected, and which will be the subject of more detailed studies in future missions.

These new discoveries will contribute with scientific information to the development of policies that promote the preservation of the natural heritage, ensuring the sustainable use of the deep sea, minimizing the negative impacts on these very vulnerable ecosystems.

“It is necessary to invest more and more in oceanic research to guarantee that the oceans remain “healthy”” concluded the Minister of the Sea, Ricardo Serrão Santos, during a press conference held in the city of Horta, on the island of Faial, to present the results of these oceanographic campaign.